WE ARE PUTTING A CALL OUT TO ALL EAST TORRENS PAST PLAYERS OF ALL GRADES.

TO ATTEND OUR PAST PLAYERS DAY ON:

YOUR FIRST DRINK IS FREE AND WE WILL BE RUNNING A SAUSAGE SIZZLE.

OUR FIRST GRADE TEAM WILL BE PLAYING WEST TORRENS FOR THE QUINN CUP AT CAMPBELLTOWN.

WE WOULD LOVE TO SEE AS MANY PAST PLAYERS THERE AS POSSIBLE, AND IT IS A GREAT OPPORTUNITY FOR YOU TO CHECK OUT OUR NEW FACILITY.

WE LOOK FORWARD TO WELCOMING YOU BACK TO THE CLUB!

It is with great sadness that I write to the East Torrens family to advise the passing of our former President and Life Member, Dr Dean Southwood.

Dean is possibly the most influential person in East Torrens’ history. His passion and hard work for our club has shaped it in to the success it is today.

Dean’s hard working “get-your-hands-dirty” attitude is something that has influenced me while undertaking the Presidents role.

His visionary role in the Anti-Smoking movement is something that is now accepted world-wide, and has provided ongoing financial support to our club  through “Foundation East Torrens” until this day.

I have spoken to Dean’s wife, Margaret by telephone on Saturday to pass on our condoloences and express our gratutitute for Deans’s leadership and contrbution to our club.

I have asked Peter Herbert to write some further word on Dean’s amazing service to East Torrens and these are below.

Vale, Dean Southwood you will be sorely missed. 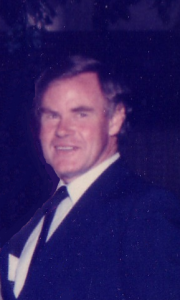 The players and supporters, both past and present, of the East Torrens District Cricket Club will be saddened to learn of Dean’s passing, on Maundy Thursday (09/04/2020).

We salute a man whose passion and energy over many years, as President, Chairman, amazing fundraiser (and the list could go on) made a contribution to the club which has been unsurpassed in South Australian cricket.

Dean was an eastern-suburbs man throughout; he kept an eye on East Torrens’ progress every week. He was also a legendary supporter of the Redlegs.

His vision for the club never wavered from the moment in 1974 when he was invited to help the cause. From then on he was always ready and willing to do the hard yards, including even pitch preparation, which were sorely needed at the time.

As a busy Ear, Nose and Throat surgeon, it seems incredible that Deano could fit in the massive contribution in time and energy to our club that he did. He was originally invited to the club by Dr Clive Matthews, a GP, who was one of our A/B – Grade players. At the time we possessed many very good players, but the playing and practice conditions would be laughed at today. For half of the 1974/5 season, Campbelltown Oval was unfit for any cricket; then it was out of action the entire 1975/6 season, a premiership year for the A-Grade.

You wouldn’t have put sheep onto the practice area! Good place to lose any form you might have had.

It was at this time that the two doctors swung into action, setting the club up on a more professional basis. Naturally that meant money, and sponsorship was needed.

Dean was in the perfect position to judge the harmful effects of smoking; quite simply he basically took on the tobacco companies and the SACA (whose main sponsor was Benson and Hedges). Dean was subsequently able to raise hundreds of thousands of dollars for the club. One of the fruits of his herculean efforts was a new pavilion to take over from the besser-brick ‘changeroom’ (recently demolished).

His courage in the face of strong opposition from the tobacco lobby was outstanding.

At times Dean could present a brusque, almost grumpy exterior, brooking no nonsense; he was never loveable, just pragmatic and driven. But underneath beat a mighty heart, passionate for the red and blue. For those who have seen the club from the start of the 1970’s, it is hard to imagine how East Torrens could be in the healthy state it is today without Dean.

For those who haven’t done so already, get hold of a copy of Parade to Paradise, our history, and read more about this remarkable man.

Our thoughts are with his lovely wife Marg, who was ever by his side at our club, and his family, at this time.

To all ETDCC Players, Life Members, Members and Supporters,

As per my previous message, the 2019/2020 Premier Cricket Season has come to a premature end due to Coronavirus (COVID-19).

Whilst we are extremely disappointed that we did not get the opportunity to have our 1st, 3rd and 4th Grades compete in the finals series, I am extremely proud of the way our club has performed on the field this year with highlights including:

Whilst we are extremely disappointed and put forward a major case requesting the finals series to proceed in some format, the health and well-being of our players, volunteers and the wider Eastern Reds family, is our number one priority.

Due to the unprecedented completion of the season, the following will take place:

Junior Trials
Junior trials for next season will also be postponed until it is safe to hold these and we will advise the new dates ASAP.

I would like to personally thank Stephen Stubbings, the coaching staff, players, volunteers and committee members who have given their absolute all in improving our on-field performances this year.

To all ETDCC players, club members and supporters,

As most of you would be aware, due to Coronavirus (COVID-19), Cricket Australia has advised SACA to cancel Premier Cricket for the remainder of the season, effective immediately.

With 3 of our 4 senior teams due to participate in the final series, we are extremely disappointed that the season has come to an early end, however the health and well-being of our players, volunteers and the wider Eastern Reds family, is our number one priority.

Our committee are currently assessing the ever-changing information being received and hope to provide a further update within the next 24 hours in relation to the outcome of the season, junior and senior presentation nights, junior trials and how we move forward in this unprecedented situation.

Thanks and stay tuned for further updates.

The East Torrens District Cricket Club would like to congratulate the following players on their selection in next seasons’ U16 squad.

The Eastern Reds, home to Redbacks Jake Lehmann and Adam Zampa, invites young cricketers to trial for our U12, U14, and U16 squads.

Trial dates and times as follows:

What to wear: Local club playing or training shirt, shorts, runners
What to bring: Cricket equipment and water bottle
Please arrive 10 mins prior to start time if possible.

All players planning to trial need to be registered prior. Please do this
by emailing the name and date of birth of the person trialing to ETDCC
Junior Cricket Director, Greg Size, at greg@deliversports.com.au
Likewise, if you have any queries, please send Greg an email.

Round 1 kicks off this weekend and that means it’s time for our season launch. This year we will be heading to the Glynde Hotel to open the season due to the exciting renovation of Campbelltown Oval. The event will kick off at 7:45pm this Thursday (OCT 12th), with meals available from the fantastic Glynde menu prior to this.

Senior teams for round one will be announced, as well as the presentation of new sponsors and the naming of our superstar Ray Sutton team for the upcoming season. See you there Red Family!

Tuesday, September 26th will see our 120th AGM take place. Kicking off at 7:15pm at the Dean Southwood Clubrooms, more info can be found HERE.